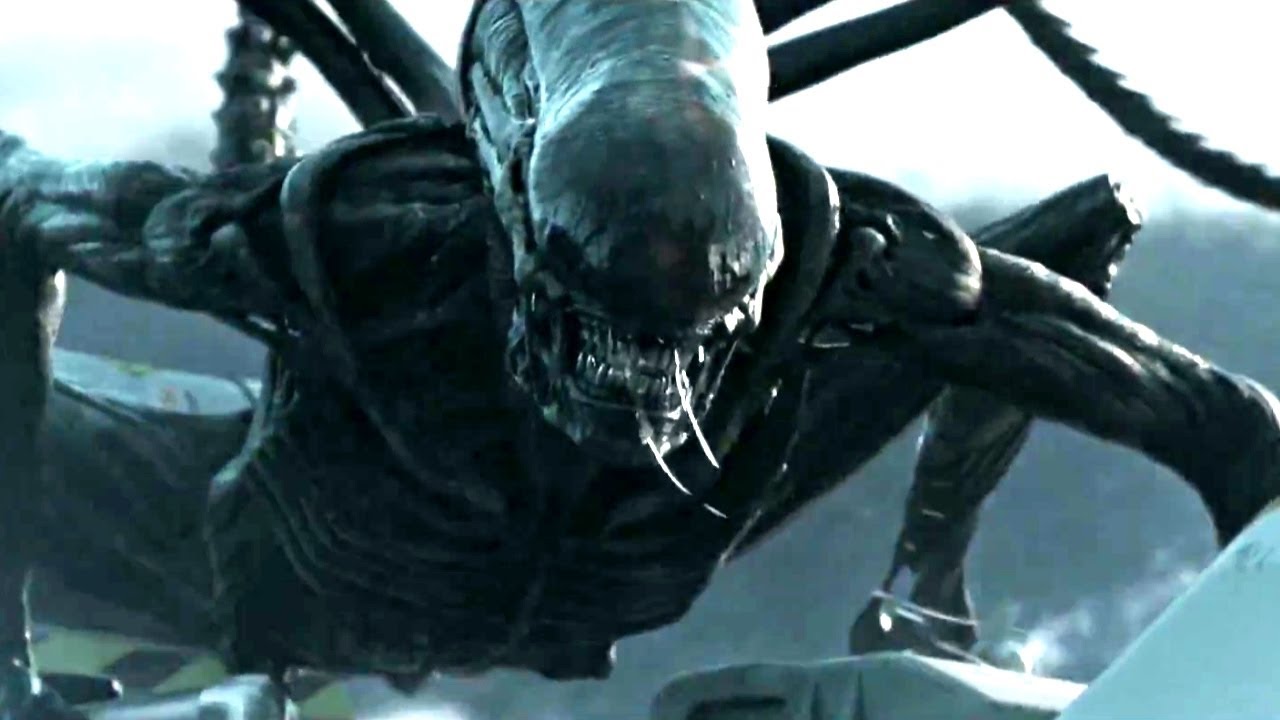 Through and through the acting is very good. Details are abound everywhere. There are a few points of rather convenient plots however overall the film is now among my favorites right along side Aliens and T Even the monkeys stood upright at some point.

Ridley Scott, it seems, is damned if he does and damned if he doesn't as regards the Alien franchise he so gloriously kick-started back in Prometheus was too cerebral for many and definitely bogged down by expectation levels.

Not without flaws of course, but a very tidy science fiction piece it be. So we roll on to Alien Covenant, which while not universally reviled, has certainly garnered some fearful scorn in Alien franchise fan circles.

Alien Covenant is a cover version, no two ways about it, it's a retread of what was showcased in , only with the tie-in to Prometheus and a continuation to the origins of Xenomorph and pals.

Clearly we have a case of Scott making one for the fans, a return to chest busting goo and space adventurers under great duress, all of course while he fills in the blanks as well.

For sure it's lazy when put up against Alien, and indeed against his other superlative sci- fi offerings such as Blade Runner and The Martian, but for those who lambasted Prometheus for its non Alien conventions, you have now got what you hankered for.

Any expectation of this turning out to be a fresh masterpiece was always going to be crushed, so really it's best viewed as a loving retread.

Bad science, plot and logic holes, average acting etc, these rightly don't deserve forgiveness, but it's hardly the devil's spawn here, in fact its's great fun as much as being a visual treat.

Log cabin on the lake. We start with a prologue involving Weyland and David, the conversation involving creation, the most pertinent of which being the question of the ages, where do we come from?

Then after a tantalising tinkle of the ivories for Wagner's "The Entry Of The Gods Into Valhalla", we are whisked into outer space to be in the company of the Colonisation Vessel Covenant.

Crew 15 - Colonists - Embryos The destination is ORIGAE - 6, ETA in 7 years and 4 months. Only Walter the Android Michael Fassbender is awake, until it's time for the crew to be abruptly awakened from their hyper sleep Crusoe and the pathogen.

From the off disaster strikes, thrusting the crew into emotional strife. Characters are introduced, conversations and traits establishing the bare minimum that we need to know, then a ghost transmission is received from Sector 87, planet number 4, and off we go into familiar territory.

Things inevitably go from bad to worse and the action, blood flow and creature feature conventions are all laid out for our digestion.

There's some surprises in store, with Fassbender a double bonus, and there's some striking chatter ranging from if there's benefits of the human race?

We also get the first look at the Neo-morph, who is born the same way, seems a bit faster than the Xeno-morph but the main differences are it doesn't have the Venus fly trap tongue and it can stand like a human.

Pretty cool. Just it's at this point I should probably say that after Aliens there started to be less reason to want these. Alien 3 was fine, Prometheus I thought could really go either way depending on the sequels, and Alien 4 of course was garbage.

The biggest problem here is that it feels so redundant. We get a distress call, the crew investigates, some background characters do stupid things leading to impregnation, someone says "we never should have come", final alien chase.

The aliens, when you can see them, are cool, but there is a lot of downtime between them, and a few quality kills does not a million dollar mega blockbuster make.

It's also really odd that Prometheus does this whole thing of setting up the engineers as the creators of human beings but here they only get one scene and let's just say those looking for more info about them will get angry.

The promise of some larger conversation is in here somewhere but these movies feel so stretched out at this point that when this does get to the few moments of actually having something to say, it's hard to get re-engaged.

The characters don't help either as most just come off like archetypes. Katherine Waterston is the Captain's widow and really the bargain basement Ellen Ripley here.

Billy Crudup plays the faith-based character, and like the last movie, this movie seems to be including that without ever really giving it value in the meaning of life conversation.

But at least those two have some background. I'm so tired of most of these others. The ones who just go tramping through the woods of an unknown planet or show the decision making skills of the Trump administration.

You're not supposed to make us root for the alien, guys. Finally i'm no closer to understanding why these movies are necessary. It's easy to tell what this movie wants to do and it's even easier to see the twist coming a half hour before it even comes.

There are a few nice kills here, I will give the movie that. If you can remember to wake yourself every time Fassbender and Fassbender he also plays an android named Walter have a philosophy conversation, you might find some interesting stuff there too.

But overall not enough action or thought to make this overly drawn out series seem necessary. The trailers had been mostly good but I was worried I had seen too much of the third act in them, and I was worried this would spoil the experience for me a little.

What I was not worried about was within ten minutes of the damn thing starting I would think to myself: "Wow, this movie is really poorly made.

And that feeling never entirely abated over the course of the whole thing. I can't get enough of these films that positively bubble over with a high handed, serious and arrogant attitude that indicates that there is no film quite as important as this one.

This film knows it all. It knows everything that we- the lowly, pathetic and simple minded audience do not know and could not ever possibly know because we are not intelligent enough to grasp anything, you see?

Only Walter the Android Michael Fassbender is awake, until it's time for the crew to be abruptly awakened from their hyper sleep Crusoe and the pathogen.

From the off disaster strikes, thrusting the crew into emotional strife. Characters are introduced, conversations and traits establishing the bare minimum that we need to know, then a ghost transmission is received from Sector 87, planet number 4, and off we go into familiar territory.

Things inevitably go from bad to worse and the action, blood flow and creature feature conventions are all laid out for our digestion.

There's some surprises in store, with Fassbender a double bonus, and there's some striking chatter ranging from if there's benefits of the human race?

Bed Bugs. Who will survive? If anyone? Just what does the finale have in store? As we get devilish answers, and the barn storming aural pleasures of the full orchestral version of "The Entry Of The Gods Into Valhalla", it's tied up nicely and the pulse rate can settle.

Job done. No bar raising here, no film to push the space lander out into new dimensions, just a good honest sci-fi thriller to be viewed with that in mind.

Bad robot! Particularly, it landed in the hands of the original maker. Now, even the original title back in action. It's another prequel, hence the prequel series on the making.

The next film too will be the same kind, before the overall storyline in the franchise align in a straight line.

I enjoyed it. But not as good as 'Prometheum' or the first two 'Alien' films. There's nothing in the story.

It was like any space film that's set in a similar fashion. The 80 per cent of the film was what we had seen in the earlier 'Alien' films.

Just altered scenes with a new cast and a great visuals. So the update makes it the special. The story focused too much on the robot.

The alien parts were reduced. 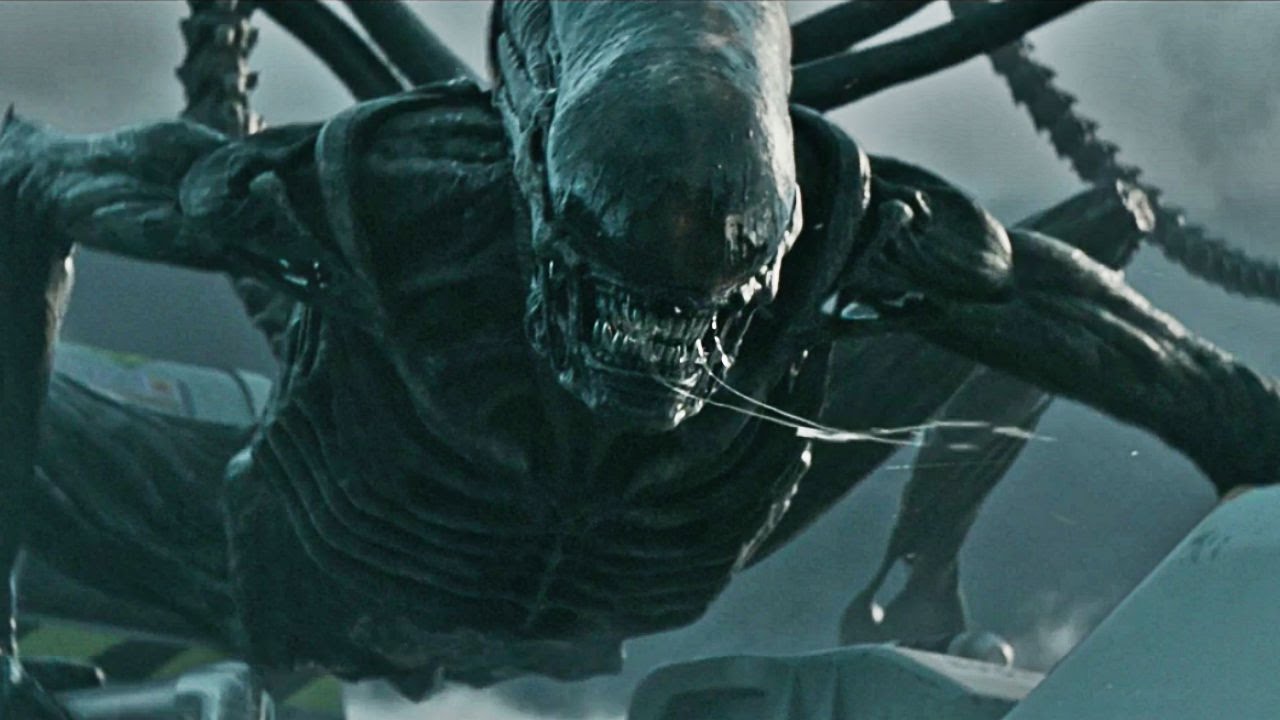